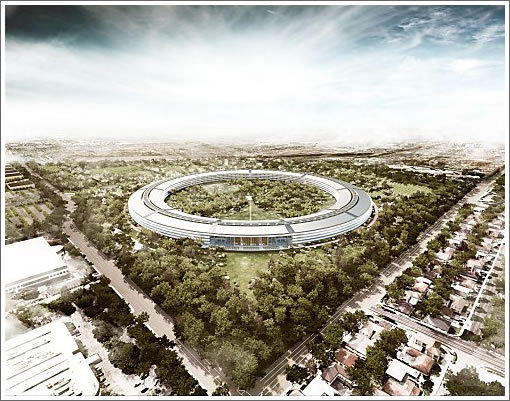 That Jobs personally presented the project to the council, especially given the advanced state of his life-threatening illness, is something that still resonates widely in this community.

Ruby Elbogen, editor of the Cupertino Daily News, recalls seeing Jobs sitting alone later that summer, waiting to meet with members of the city’s Chamber of Commerce to discuss the project.

Kevin McClelland, who is on the Cupertino chamber’s board, said the company’s resurgence over the last decade has been a huge benefit to the whole city as that success drew other companies to Cupertino.

The outreach project has been lead by Dan Whisenhunt, Apple’s senior director of real estate and development. In a recent letter to Cupertino city officials, Whisenhunt described the scope of those efforts.

That includes 20,000 updates about the project sent to people in Cupertino and neighboring Sunnyvale; holding 150 meetings with local residents and organizations to explain the…